By the end of the unit students will understand that migration throughout Australia’s history contributes to the diversity within their class, school, and community. Australia has undertaken many migration schemes for many different reasons. Learning will encompass three migration schemes: migration during Australia’s Gold Rush, Post-war migration and Child migration.

2. What is the Immigration Restriction Act of 1901? What was it's effect on the population of Australia?

3.What was the population of Australia in 1921?

1. Who was the Minister for Immigration?
2. What does 'populate or perish' mean?
3. What was the Assisted Migration Scheme?
4. What do they mean by a 'ten pound pom'?
5. How many people immigrated to Australia from 1945-1985?
6. what did the 1996 National Census say about diversity in Australia?
​7. How many different nationalities call Australia home?

Primary VS Secondary Sources
Watch the video and create your own definition of a primary source
and a secondary source.

Look at the following 3 photos.

Who are these people arriving in Australia?
Why are they coming?
How are they travelling to Australia?
What are their facial expressions telling you?
What is their body language like?
Describe their appearance (clothing, ethnicity, etc.). 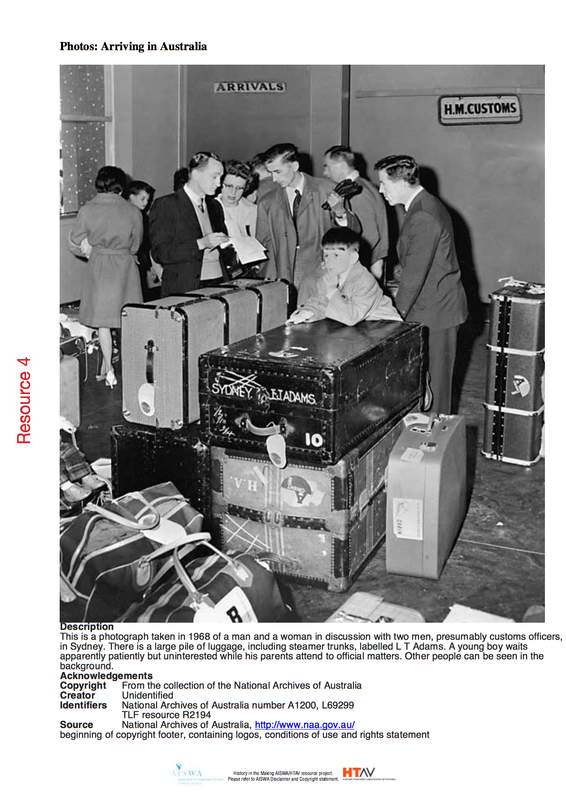 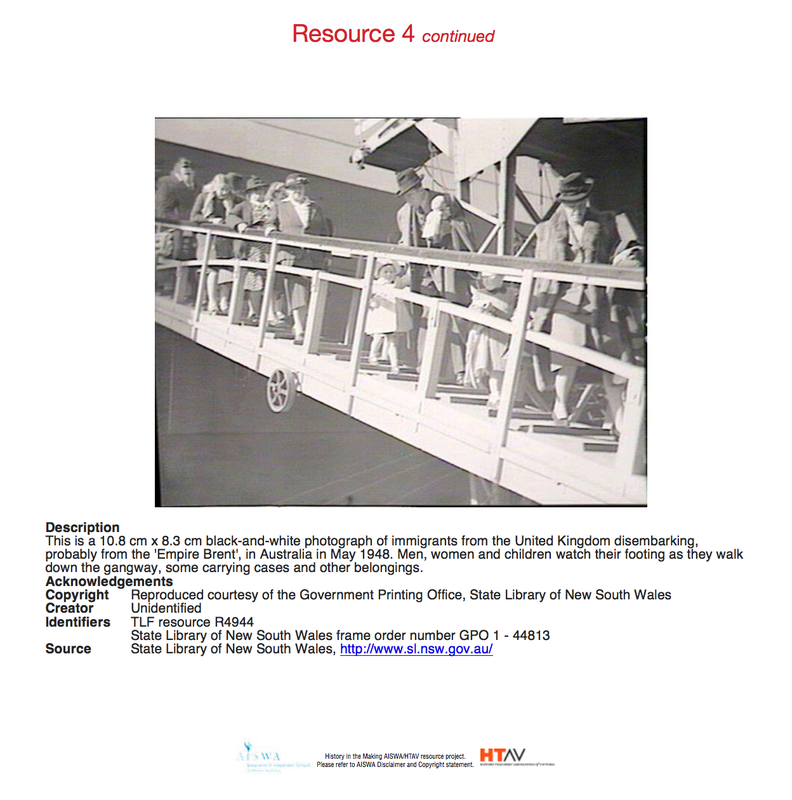 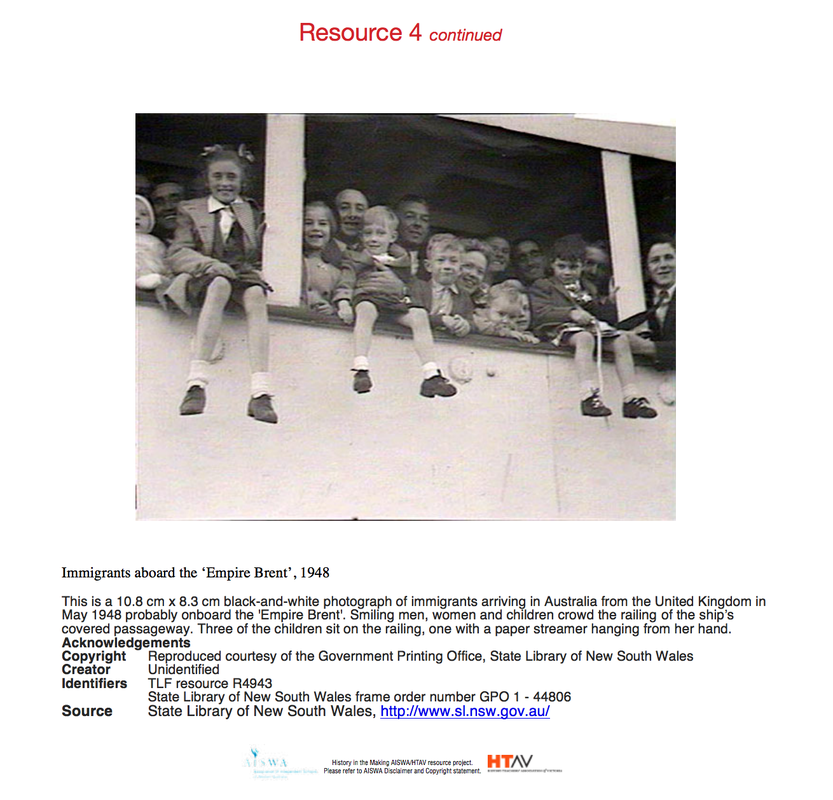 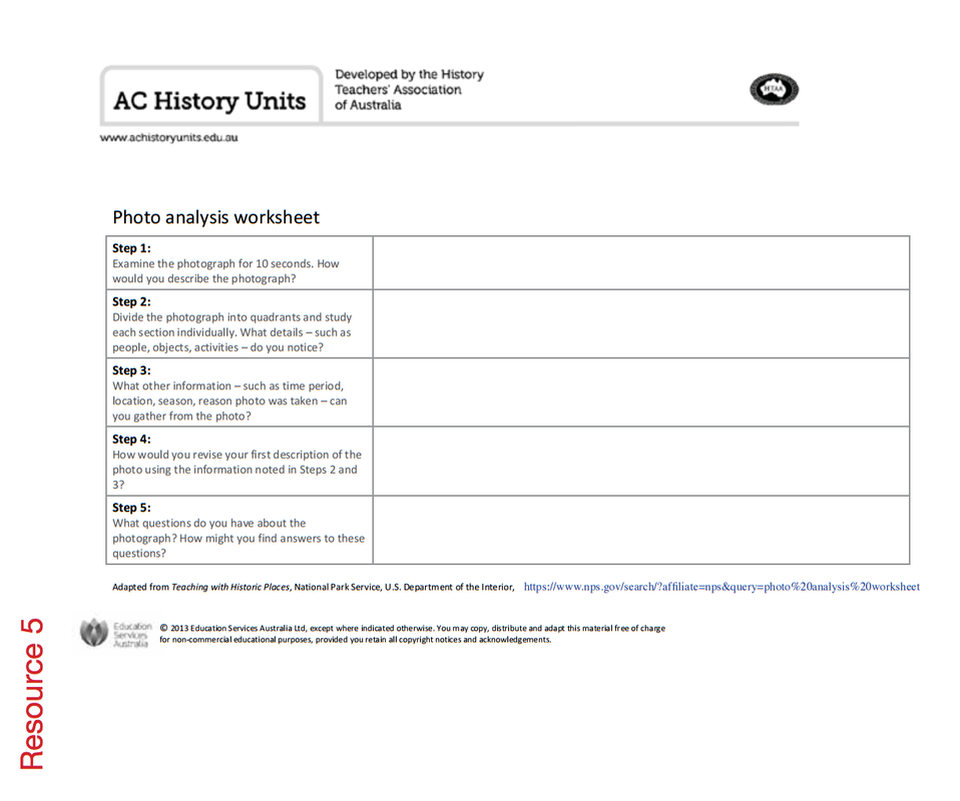 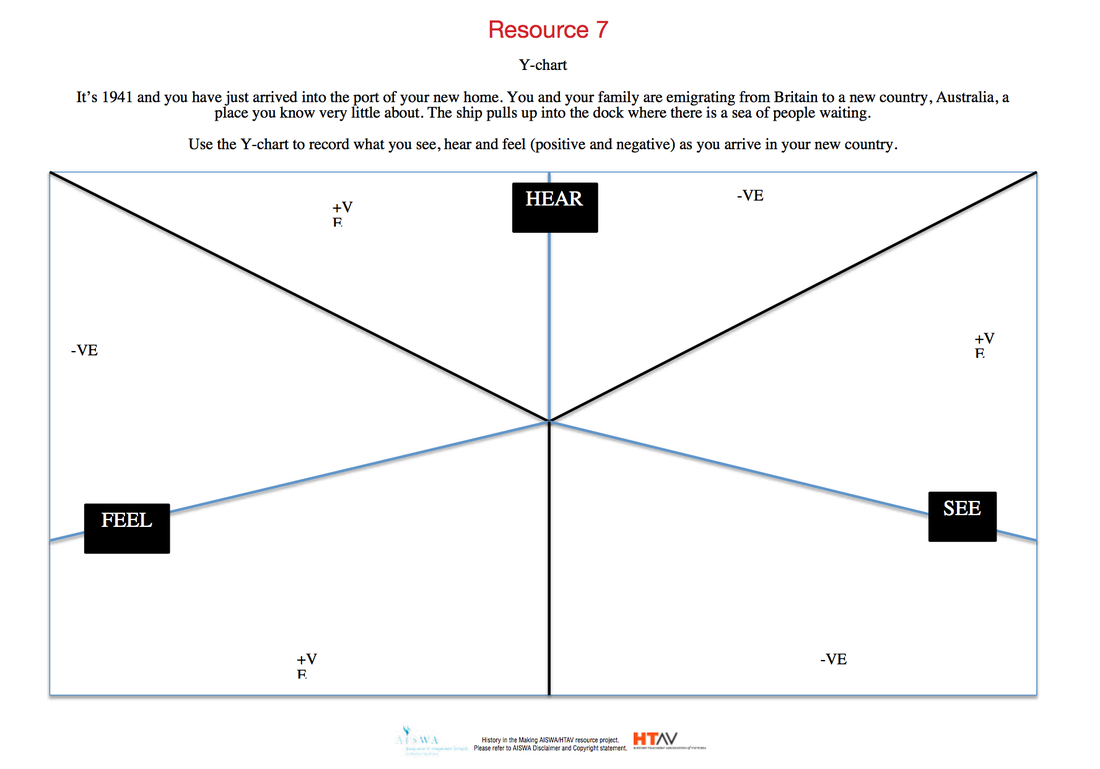